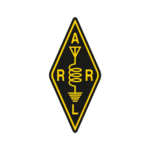 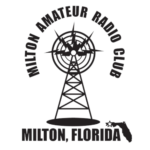 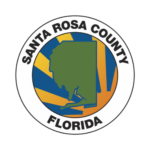 The Amateur Radio Operators of Milton, Florida and the surrounding geographic area, do

constitute ourselves as the Milton Amateur Radio Club, a private club hereinafter referred to as

the Club. It shall be the purpose of the Club to foster the advancement of Amateur Radio within

its members and the community. The Club pledges to promote amateur radio operations,

programs and activities that will further the general interest and welfare of amateur radio.

1. Roberts Rules of Order will govern all proceedings.

2. The Club may assist with technical assistance to members regarding electronic equipment

3. The Club will entertain requests from local government agencies, civic organizations and

Frequency Interference. The Club may participate as appropriate in local Civic Events.

4. Officers – The Officers of the Club shall be the President, Vice-President, Secretary,

Treasurer, and immediate Past President. The term of officers shall be one calendar year (January

to December.) The immediate Past President shall serve as an ex-officio member and will only

vote in the case of a tie.

5. Election of Officers – The current President shall appoint a nominating committee during the

calendar month of September. The nominating committee shall be composed of but not limited

to 4 members of the Club who are in good standing. The Nominating Committee shall report its

recommendations to the Club at their regular meeting in October. Elections will be held at the

regular meeting of the Club in November.

will be placed on the ballot and nominations will be closed. The election of officers shall be

called for by the President.

their duties on the first meeting in January.

6. Officer Vacancies – Any vacancy occurring between scheduled elections must be filled by a

that position. The President may make an interim appointment until a special election is held.

7. Removal from Office – An officer serves at the pleasure of the Club and may be removed from

office with cause on a vote of two-thirds (2/3rdS) of the members present. During any calendar

year, any officer who has three consecutive absences from Board and/or general membership

meetings without a valid medical excuse will be automatically removed from office. Any Board

8. Duties of Officers – The President shall preside over and conduct all meetings in accordance

with the By-Laws and any special rules adopted by the Club from time to time. He/she will

decide all questions of order and sign all official club documents. He/she will perform all duties

shall be exempt from the Club’s dues during his/her tenure. His/her membership in the ARRL

shall be paid by the Club during his/her tenure.

9. The Vice-President shall assume all duties of the President in his absence.

10. Secretary – He/she will record the activities at all meetings. The minutes shall be voted

upon at the next meeting. He/she shall be the official custodian of all correspondence and

11. The Treasurer – shall receive and receipt for all monies from dues and membership

applications and other activities of the club. He/she shall make a monthly report of the club’s

financial status at each meeting. He/she is authorized to pay up to

$75 per club meeting or club event. If anticipated by the event chairman or the president that the

cost for this event will exceed $75, the request for additional funding shall be made as part of the

event proposal and approved by 2/3 of the members present. He/she shall make no other

expenditures of club money without authorization of the club members or the Board of Directors.

His/her records shall be submitted each year for audit by an internal audit committee. At the

expiration of his/her term he/she shall surrender all club-owned funds, property and records in

his/her possession to his/her successor. Two authorized signatures shall be required on each

He/she shall receive membership applications, collect dues and process the application giving a

copy to the Club’s Web Master for recording in the Club Roster.

He/she shall record all dues paid in the Club Roster.

12. The Board of Directors shall include the President, Vice President, Secretary, Treasurer and

Past President as Voting Members. Three other Members at Large from the Club Membership

will be voted onto the Board of Directors as Members At Large. They may authorize

expenditures of funds up to $400 per project. The three (3) Members At Large shall sit on the

Board after being elected to three (3) year terms. Each member will serve a staggered term

meaning one Member At Large will be replaced at the end of each calendar year. The Club

membership will then elect a new Member At Large to replace the exiting member.

The procedure for electing Members At Large, removing them and filling vacancies shall be in

accordance with the By-Laws for other officers.

The rules for electing, filling vacancies and removal of board members shall be in accordance

with the rules for other officers.

13. COMMITTEES: Committees shall consist of Standing Committees and specific committees:

completion of the business for which established.

others as may be established from time to time by the President and Board. 14. Sunshine

Committee: A committee (one or more members) shall be appointed by the President. They shall

send a Get Well Card to members who have a major illness. If a “Full Member” dies, the

their name or (2) flowers at the funeral. If a Full Member, Family Member holding an FCC

Amateur License, or an Associate

Member is in the hospital for more than 7 consecutive days, the club shall send a gift equal to

$30 in the form of a gift basket, flowers, etc. The gift is limited to one time within a 12-month

period to the person.

15. Membership – There shall be three (3) classes of membership within the Club:

has full voting privileges. Annual dues for a Full Member shall be $15.

if they hold any class of license issued by the FCC. Dues for a Family Membership will be $20

issued a license to operate by the Federal Communications Commission.

The Associate Membership will be a non-voting membership. Annual dues for Associate

16. New members As a matter of recognition, newly licensed (not upgrade) amateurs will be

months. After the initial 12 months, dues shall be prorated at 1/12th for the remainder of the

17. Dues shall be assessed to the general membership in accordance with these By-Laws by the

Board of Directors of the Club as necessary for Club business and activities. Dues shall be valid

for the current calendar year (January – December). Dues shall be considered delinquent if not

paid in full prior to March 31st of the current calendar year. Any member whose dues are

delinquent will lose all rights and privileges in the Club until their dues are current. The

President shall notify any member of their suspension

upon being notified by the Treasurer that a member’s dues are delinquent. A reminder shall be

sent by the Treasurer, copying the President, to all delinquent members notifying them of their

delinquency and suspension if not paid by the end of March. Payment shall be sent or given to

18. Removal of a Board Member shall be presented to the Board by the President at or before the

next scheduled Board meeting. The Board shall vote on this. If two thirds (2/3) of the Board

members present agree, the Board member shall be notified of his removal. Circumstances of

illness or out of town obligations shall be given consideration.

19. Removal of a Club Member – In addition to the removal for non-payment of dues, the

then voted upon by voting members present. Members shall be notified of pending action for

removal by e-mail, stating the reason for this action. A vote at our next, or Special, Meeting

called for by the President shall determine the removal of the person or persons concerned. Two

present shall be required to remove the individual. He or she will be notified by the President and

their dues shall be refunded in full, thus severing all relationship to the club.

20. MEETINGS: Regular meetings will be held once a month at such place and time as the

President and Board of Directors shall order. Special meeting may be called by the President

upon written request by any five club members. Members will be notified of a called meeting at

least 48 hours before such meeting is scheduled by e-mail. Regular club business shall not be

discussed at the special meeting.

21. Amendments to these By-Laws may be made by a two thirds (2/3) majority of the

membership at a meeting called for that purpose. Proposals for amendments must be submitted

in writing at any regular meeting of the Club or at a special called meeting. All members must

the amendment being voted.

22. All interpretations of the By-Laws shall be made by the Board.